So finally decided to buying a gaming pc? That’s great! You go to the shop and look at the options, Suddenly you find yourself lost in the endless options for PC Components, Not sure what you should pick and what will work with which. Which motherboard will work with this processor or is the processor socket fits which processor. If you’re not a tech-savvy person you might find yourself overwhelmed by the choices available to you. While buying pre-builts is always an option, But We Always recommend buying Your own components and building up your own PC. This way you have the freedom of choice and customization. You don’t have to pay for a component that you don’t want and You can build a PC that fits your needs.

For your convenience, we will only cover the main tower in this guide. For a guide to buying Your Keyboards and Other Peripherals, Check out:

Your main tower will consist of a few main components, these are key components that you need if you want your PC to Run. The Main Tower consists of:

The CPU or the Central Processing Unit is the brain and the most important part of your entire PC. This is the part that’s responsible to crunch all the numbers and execute all the billions of commands that are needed to run a Computer and the Games that you want to play on your Brand new Gaming PC. When choosing a CPU there are only 2 brands in the market that you can comfortably choose from. Intel and AMD.

While Intel has been arguably been the best choice for gaming in the past decade, That’s not true anymore. While Intel was enjoying its huge market share and Making improvements generation by generation, AMD has been working on their new Zen Architecture, The new CPUs from AMD beats their intel counterpart by a solid margin. And are practically unbeatable in their price margin. No matter your budget you’re gonna want a decent CPU to play the AAA Titles that require solid Processing power.

When choosing a CPU, you’re gonna want to look at the Core and Thread counts as well as the clock speed. Some games prefer faster CPU than more powerful ones and some prefer More core count and parallel processing for their huge Game worlds. No Matter the Games you want to play and their preference, AMD has you covered. ALL of their New CPUs Boast at least 4 Cores and 4 Threads with a Decent Clock speed. And at the time of writing this, Their pricing on their new CPUs is practically unbeatable. If You’re looking for a CPU in the current market, I’d suggest you go with an AMD Ryzen CPU. These are some of the best CPUs AMD has ever created and their gaming and Price/performance ratio is something that Intel has yet to beat. So do some research and figure out which Ryzen CPU will let you play the games that you want.

The Motherboard is the Component that brings all the other components together and connects them. Hence the name motherboard.

Buying a Motherboard is an easy task if you’ve already decided upon the CPU, You just have to keep in mind the Chipset that the CPU you’ve Specifically chosen. You can count for some future upgradeability in mind when choosing the motherboard. Some of the Newer 500 Series Motherboards which support the Ryzen CPUs will also Support the next few generations of Ryzen CPUs. So If you’ve chosen a Ryzen CPU then going with a 500 Series of Motherboards will be the best choice.

RAM is your System’s most important storage medium. It’s not meant to store files for a long time, but it’s meant to store data and files for a short Period of time and provide them to the CPU when and whenever it’s needed. Buying RAM is pretty straightforward. ALL of the newer CPUs and their motherboard only support DDR4 Ram, it’s the current industry standard. Just keep in mind that Ryzen prefers a Faster ram. The faster the better. Most DDR4 Rams start at 2400 MHz or 2666 MHz and can go up to 4200 Mhz, Keep in mind that the Faster the ram the more it will cost. So try to find a sweet spot where your performance won’t take much of a hit while staying within your budget.

Intel CPUs also gain a performance boost from faster ram, though it’s not as noticeable, It’s there and you may notice it sometimes. As for how much ram you will need, Any modern system needs at least 8 Gigs of ram to function properly without too much lag, But for a Safe margin, I suggest you take at least 16 Gigs of ram. It should run all your AAA titles and latest games without any lag.

Deciding on the GPU 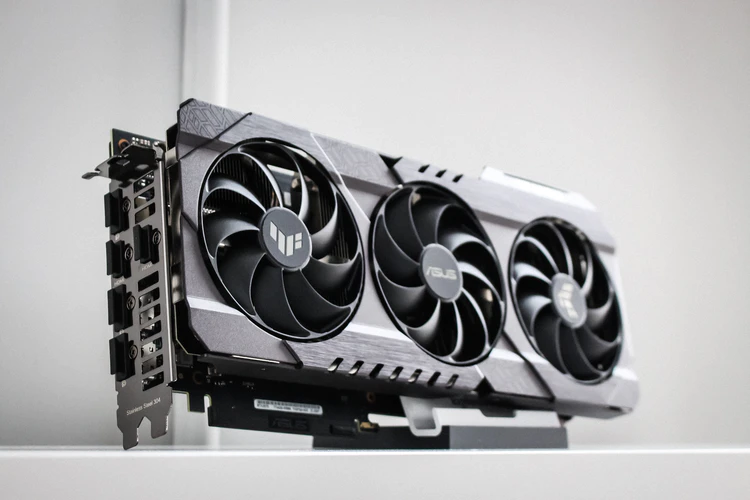 Any Gaming PC can’t be considered as a Gaming PC without a GPU. A GPU is responsible for producing everything you see on your screen. The power of the GPU directly affects the Framerate of your Game and how smooth you can play it.

There are few things to consider when choosing your GPU. The most important of it is, How powerful a GPU can your CPU handle. A more powerful GPU will require a similarly powerful GPU to use its full potential. A lower Tier CPU will always Bottleneck a Higher Tier GPU, So you have to find a perfect balance between these 2 so that both of them work with their full potential.

Another thing to consider when buying a GPU is the Technology it uses. A few years back, Nvidia Announced its RTX tech, which uses real-time ray-tracing and DLSS to improve the Graphics and Visuals of your game to a very real degree. Although not all games support RTX tech yet in the near future more and more Games will Start Supporting RTX and If you want to experience these games to the fullest, I suggest getting an RTX-supported Card. While these can be a little bit more pricey than their Non-RTX counterparts, But as RTX starts to become more mainstream in 2021, Getting a GPU that Supports RTX is a Pretty good way ahead.

If you want to know something more about buying graphics cards, Then I’d suggest reading this Article, Where I Describe in depth what you can get and what options you have, Checkout that post!

While RAM stores data and files for a short period of time, SSD and Hard Drive store your data on a more long-term basis. SSDs or Solid State Drives are the Faster counterparts of the slower Hard drives. Hard Drive uses Rotating Magnetic Disks to store your data while SSD uses something Called NAND Flash to store your Data. SSD’s are Wayy faster than even the fastest of HDDs. And they can be quite cheap. SO in 2021 getting an SSD when buying a new Gaming PC is a No Brainer. SSD’s come in 120, 240, 520, 1 TB Versions, You can have a 120 or 240 gig SSD to run our OS on, Trust me, It makes a difference when compared to Running it on an HDD. And you can get a Bigger HDD for Long term storage.

A Powersupply is responsible for Delivering juice to all of your Components. The only thing you have to consider when choosing a power supply is how much Wattage does your system needs. You can find this out quickly by adding all the wattage of your CPU, GPU, and other parts, But CPU and GPU will be the most power-hungry of these components, so keep that in mind. Take a Powersupply that’s rated for that much power with a Decent Efficency rating. Remember to keep some headroom of a few hundred watts. And you’re good to go!

The casing is what houses all your Components. This is the outer look that you and most people will see of your tower. It’s entirely up to you when you go to buy a Casing. Look for something that has adequate Airflow while looking nice. And has support for your motherboard. Most Tower Casings Support ATX motherboards these days. So if you chose a Casing that supports a range of motherboards you’re good to go.

Buying your First Gaming PC can be pretty daunting when you’re new. But it doesn’t need to be too complicated. Just keep in mind the thing mentioned in the post and You shouldn’t have any problems when buying your own PC. Just keep in mind to do some research on what you’re looking for, What you’ll use the PC for, and What’s the best that’s available within your budget with some future upgradeability in mind. If you keep all these things and do your research, The next time You Go to buy a gaming PC, You will know exactly what you want and What you should get.

Something’s up with your old laptop? It’s working up? Can’t ...

So finally decided to buying a gaming pc? That’s great! You ...

Wireless Technology is around us everywhere these days. It’ ...

What is the Best Gaming Keyboard for People on a budget? We ...